As frequenters of Chicago’s Greektown restaurants, we were definitely looking forward to trying out the Greek food in its native environment. Lena was very excited to have fresh, grilled octopus in the Greek islands. There, it’s caught and served on a daily basis. 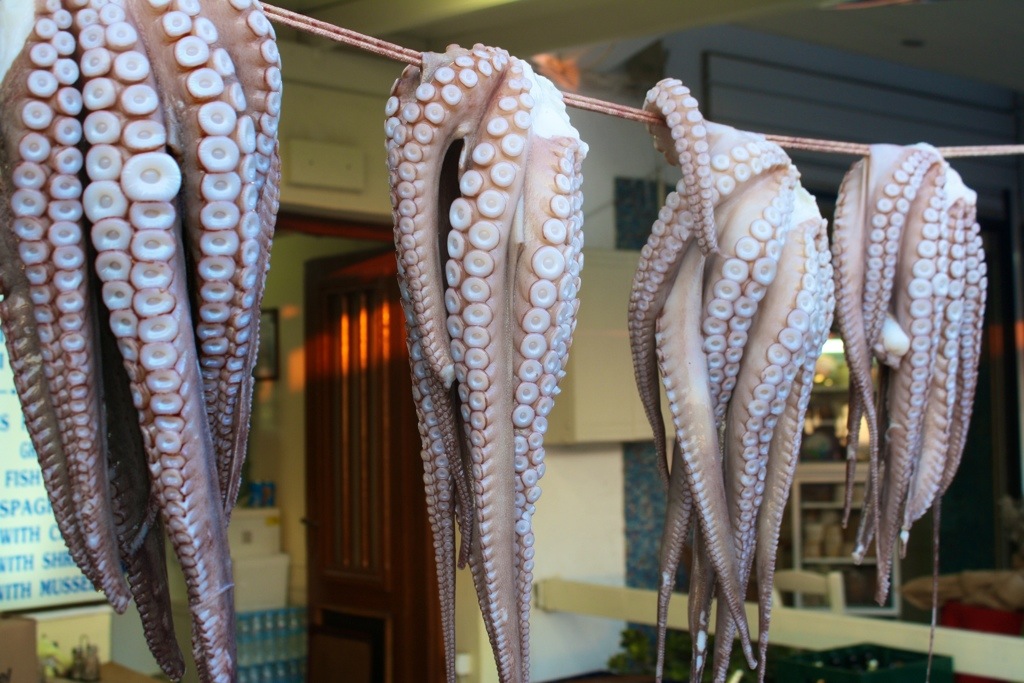 A cousin of squid, cuttlefish, is not available in North or South America. It is however, quite popular throughout most of the rest of the world. Since Greece has such fresh seafood, we decided to give it a try. In Naxos we were able to find some, which was prepared very well.

Even in the US, Greek salad is very popular. However, the ingredients in Greece are much more flavorful and fresh. The feta cheese has a stronger flavor and the olives are much higher quality. 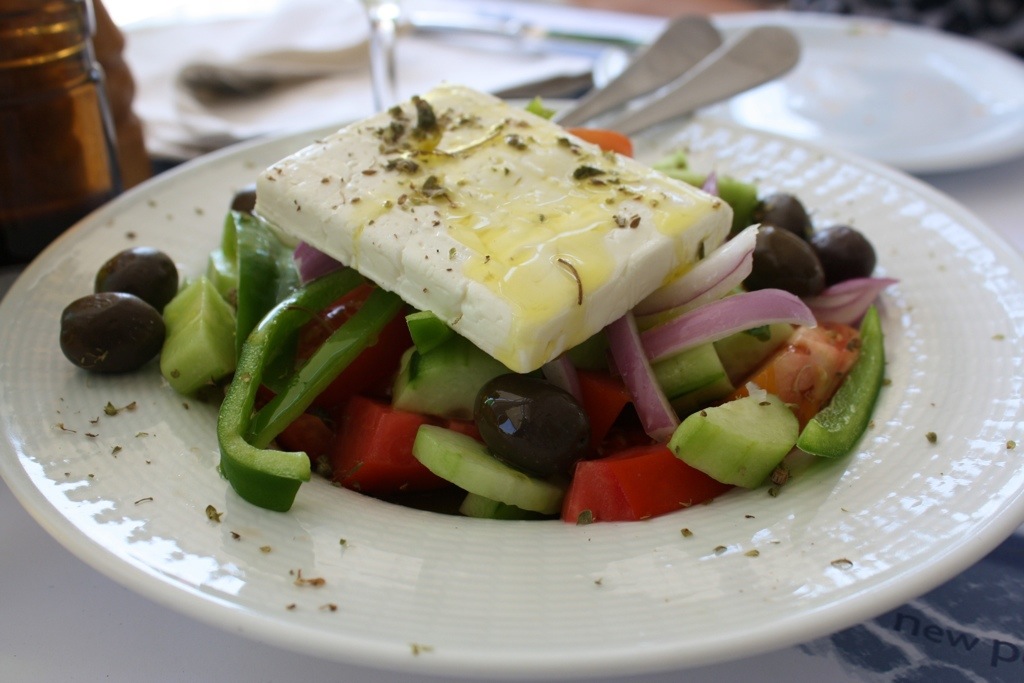 When people think of Greek food, they think of gyros. While I love meat on a spit, I overdosed on kebabs in Istanbul. We had only one during our time in Greece, which happened to be a fairly famous establishment, Jimmy’s Gyros in Mykonos. Very greasy, but tasty and cheap. 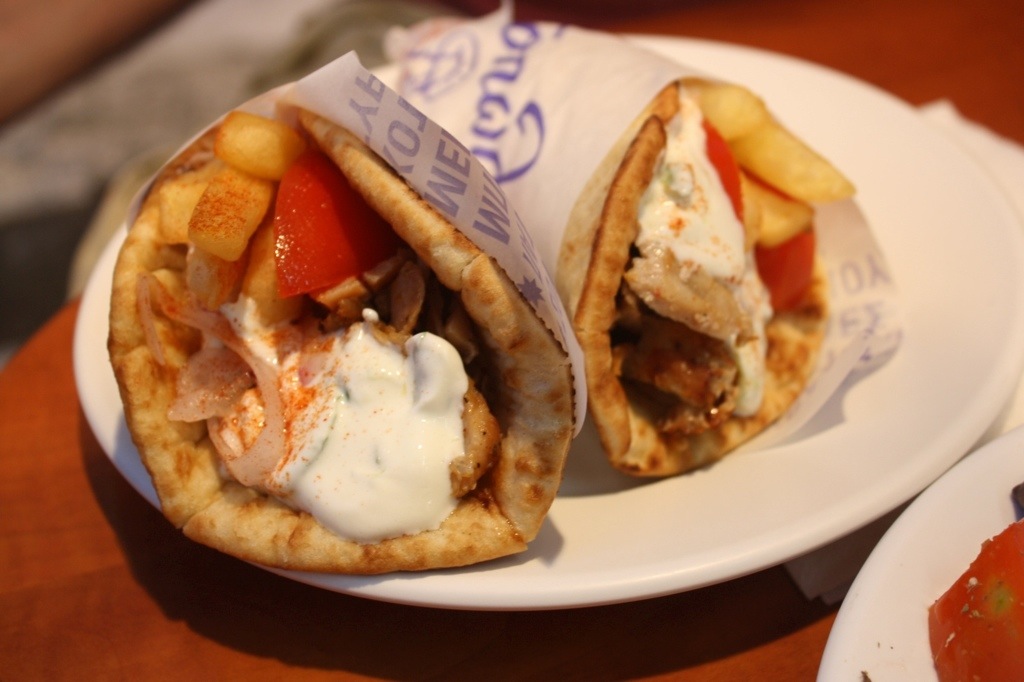 Volkan Beer has a great concept. Half of their profits go to “Greek Debt Free” – directly contributing to reducing Greece’s national debt. The beer is brewed in Santorini and filtered with volcanic rock. It was quite a tasty bargain – we bought a handful and sat out to watch the sunset in Naxos.

The only micro-brew that we’ve had on our trip so far (a feat for us) has been Red Donkey. It is a hoppy amber ale brewed on Santorini. Best beer of the trip!

Alfa and Mythos beer are available all over the islands. They are average beers, but some of the cheapest options. A good call for backpackers or others traveling on a budget. 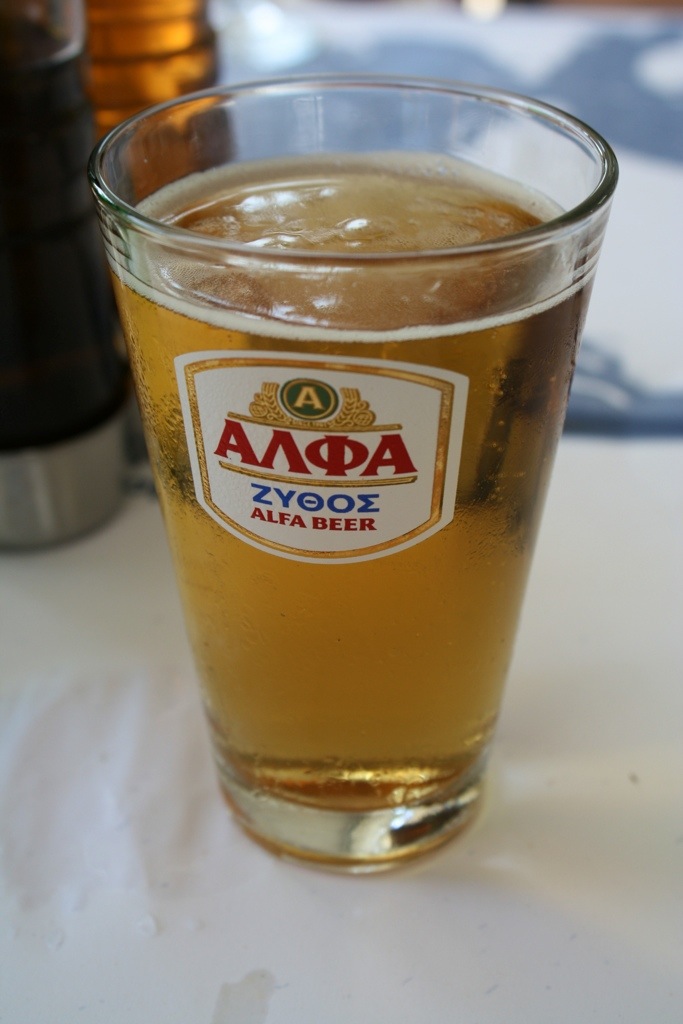