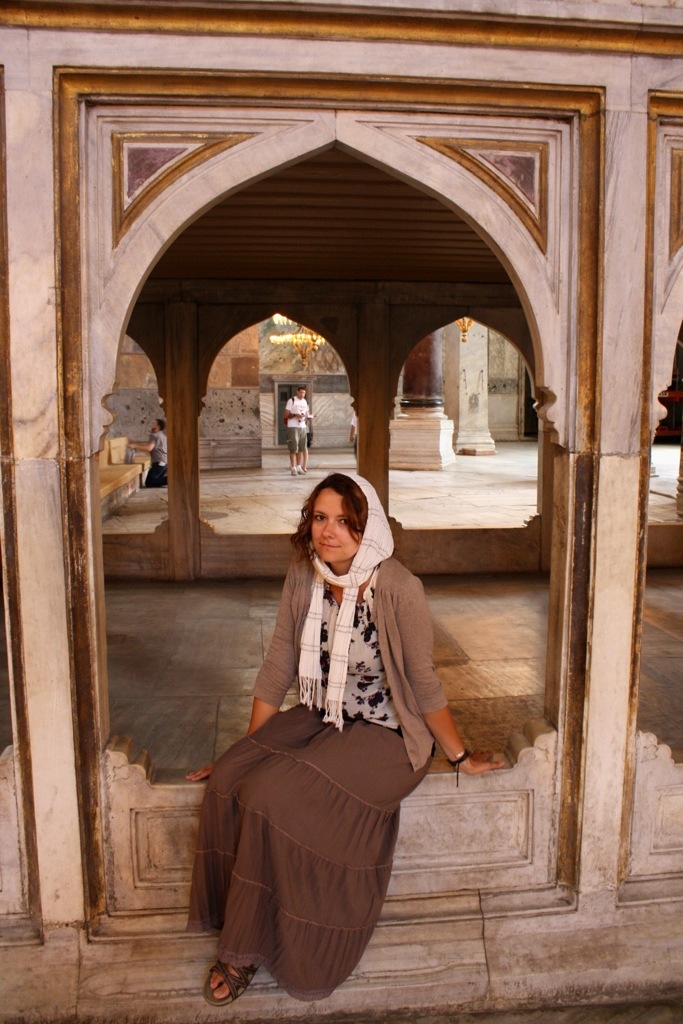 Traveling the world has made me reflect on a number of aspects of my identity including my womanhood. I love people watching when I travel, which actually seems to be how I find out most about the culture. I watch people do unusual things and ask myself why. My attention was naturally drawn to people who share my gender around the world. I’d ask myself what their life is like compared to my life in our culture. It turned out to be an interesting topic to ponder about and I’d like to share my thoughts.

Let’s start with my motherland… 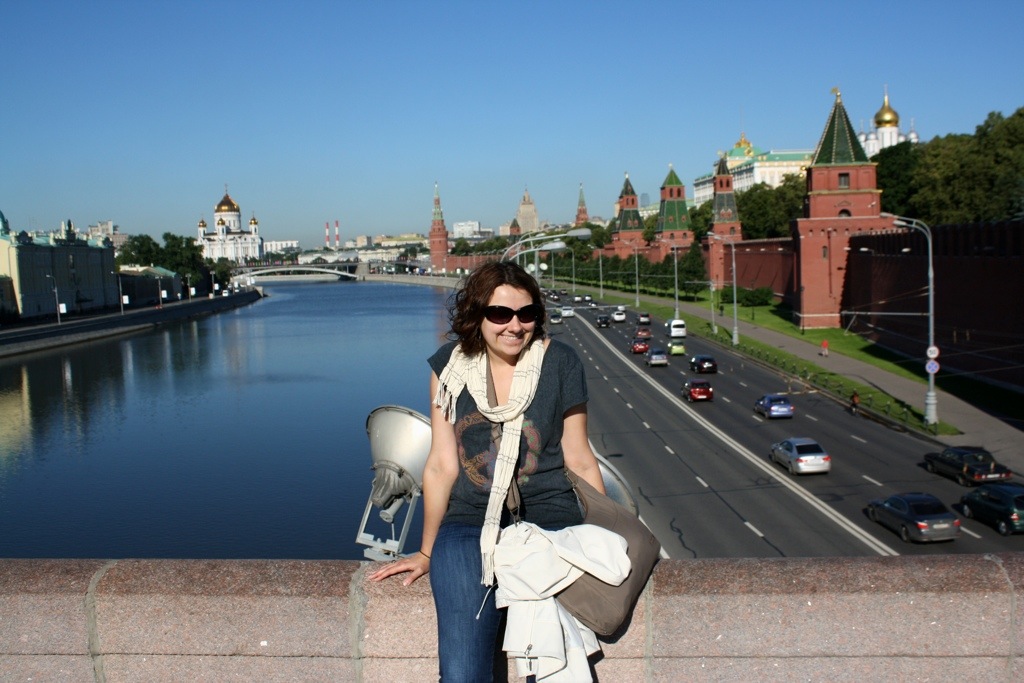 Women still hold a very traditional role in Russian society, which would be manageable if the society was also traditional. Russia seemed to have taken a tremendous step forward from the last time when I was there in the not-so-distant 2004. It is a progressive, quickly moving, and modern superpower.

Women are welcomed and encouraged to pursue any career they desire. However, business ethics are very different than what is acceptable in the West. Bribing is the way to get anything done from closing a business deal to transferring your electric bill to your name. This takes on a new form in a business world that is dominated by males. It is still brushed under the rug when women are regularly expected to perform sexual favors in order to advance their careers. Besides being awesome at their careers, women are largely expected to have a perfect body, always wear make-up, high heels and some sort of blingy, almost clubby outfit at all times.

Real, beautiful and professional women complained to me about inability to find a partner because they can’t keep up with the expectations of the society. The women I talked to about this are in their early 30s, which is largely considered an absolute old maid.

A typical group of Russian ladies at a club: 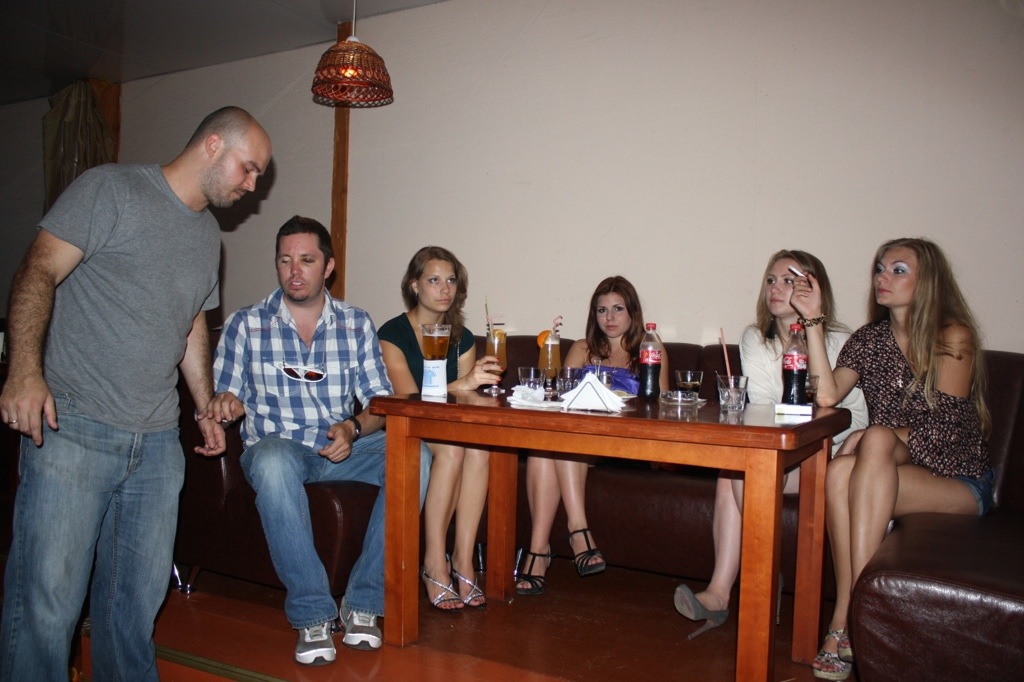 Georgian people are very hospitable and welcoming. The first night we sat down for dinner with the family at our home stay, everything was out on the table literally and figuratively. 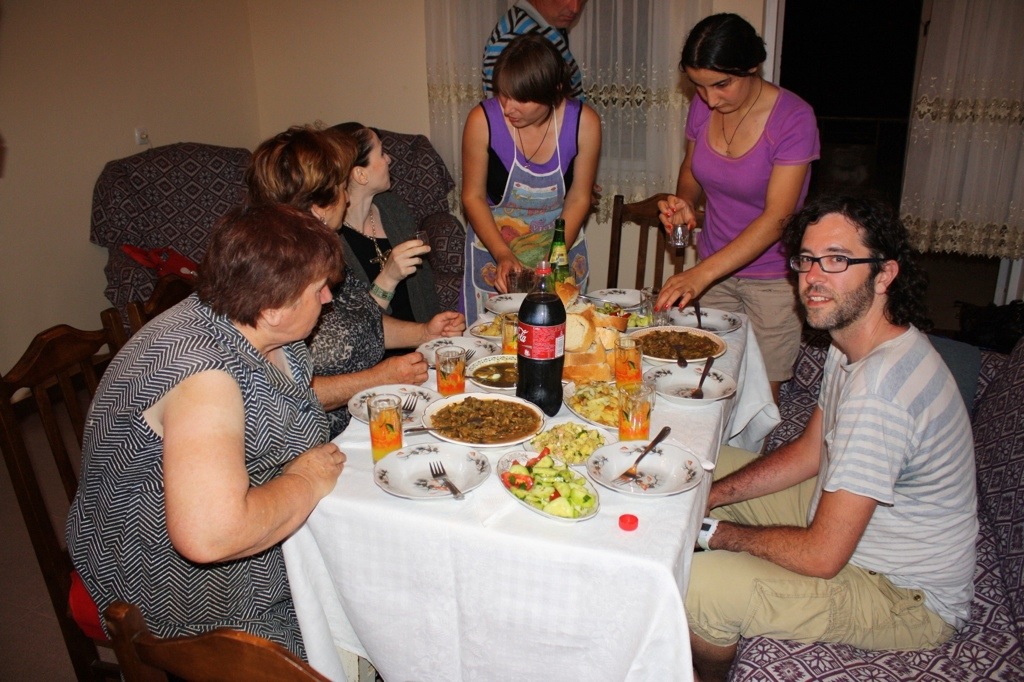 The husband of the couple hosting us gave a toast honoring his mother. Mother’s love is praised above all loves. In this matriarchal society the mother is called Deda, which translates into grandfather in Russian and a few other Eastern European languages. This wasn’t the only thing that was revealed to us about the female experience in this culture. The toast went something like this: I love my wife and I love my girlfriend but I always do and always will love my mother the most.

Some follow-up conversations with local men provided more color. Men, typically in their 20s pick out a woman to marry, who is 16-17 years old. The wives accept the fact that their husbands will have girlfriends on the side. Husbands, out of kindness (as they put it), hide their relations with the girlfriends. All in all, I was shocked and they were shocked that Aaron hasn’t cheated on me. They actually just didn’t believe it and kept winking at Aaron. Good conversation, good cha-cha and interesting insight.

Myself with two Georgian women: 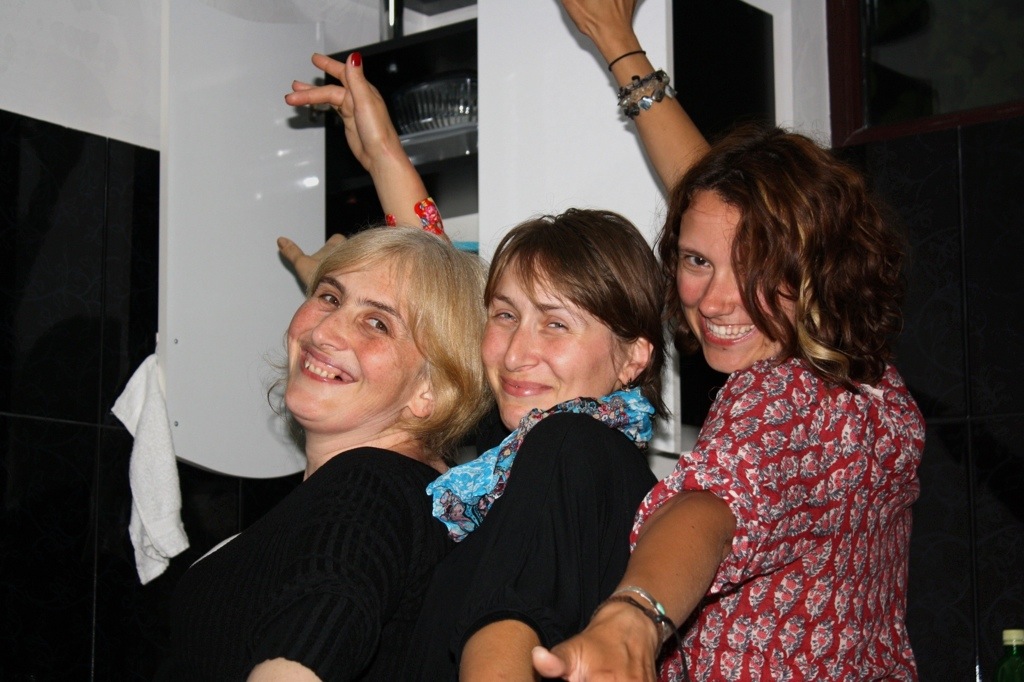 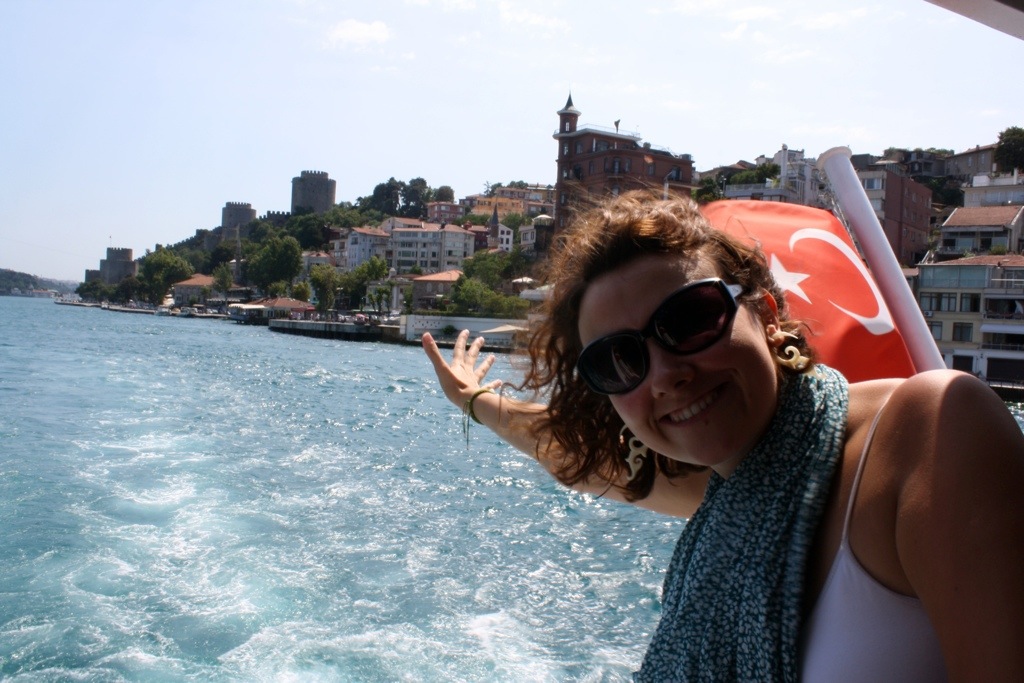 You may have gotten the idea by now that I am absolutely in love with this country and Istanbul in particular. Our generation in this culture seems to be struggling with its identity: stuck in between the old and the new. Most young people we met have a very Western outlook and closely relate to their European neighbors. At the same time they express a great deal of respect for traditions and religion that are deeply intertwined into the fabric of what Turkish culture is all about. 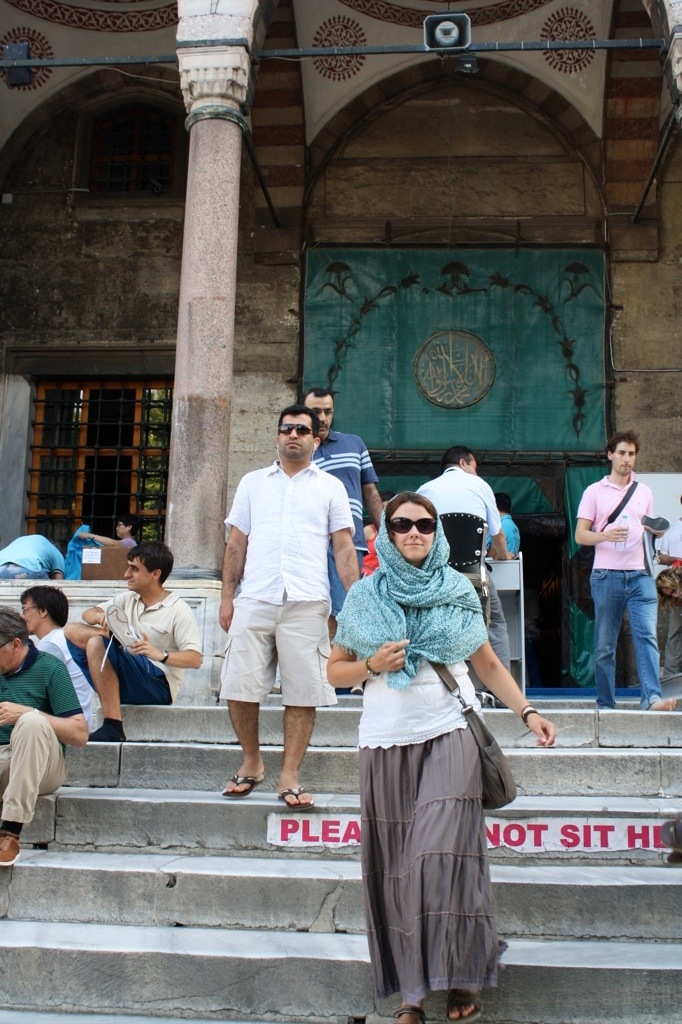 This struggle between the old and the new is clearly seen if you observe women rushing through the streets and bazaars of metropolitan Istanbul. While anything goes in Istanbul, women tend to cover-up their bodies out of respect for the traditions and religion throughout other parts of Turkey.

Interestingly enough, Turkish styles of clothing are my favorite. Women have a keen sense of style – covered-up, exquisite, colorful, beautiful and ethereal in many ways. 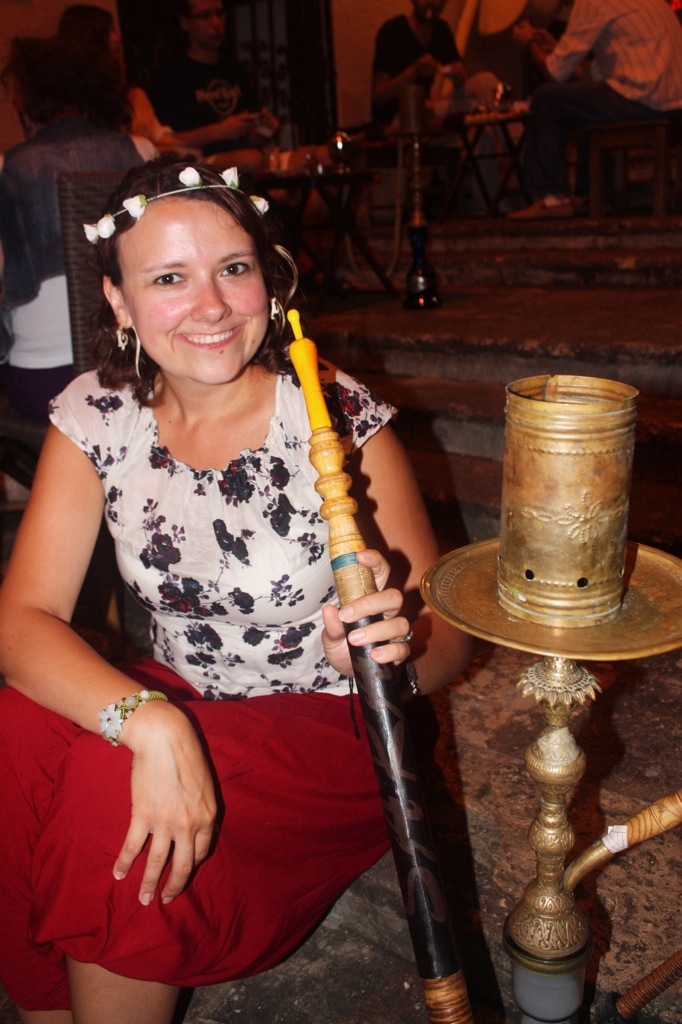 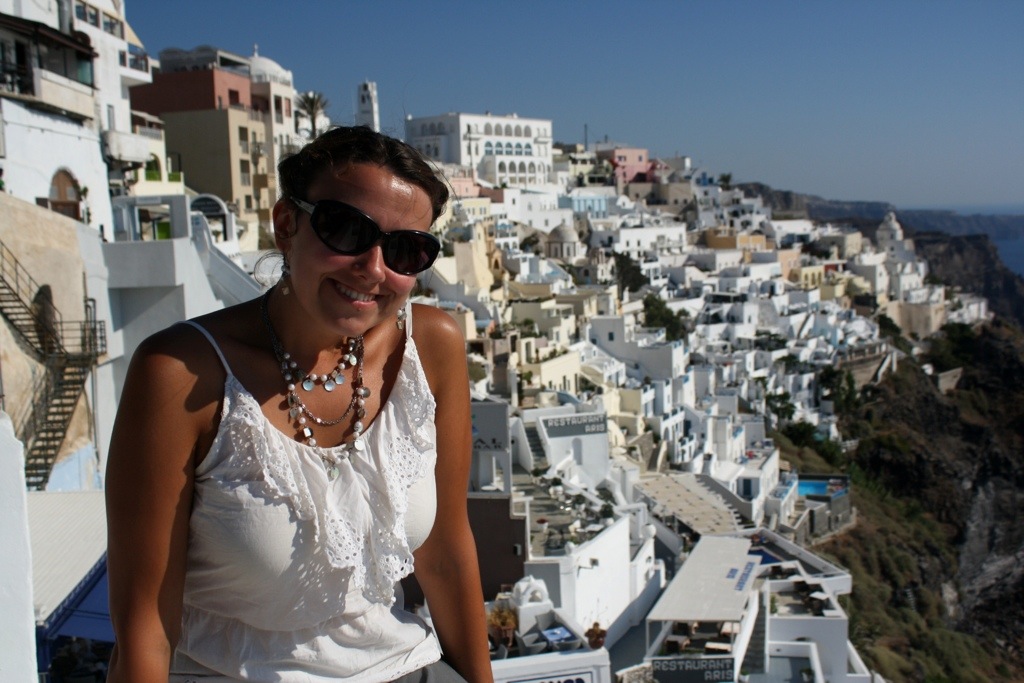 Turkey’s very Western European neighbor has women feeling unrestrained in comparison to its Muslim neighbor to the East. It is not uncommon to see topless women lining the beaches of Greek Isles. Overall, the very laid-back atmosphere on the islands provides for very little clothing. It was something to get used to after Turkey.

Another sight we’ve been unaccustomed to is women drinking on the streets. I felt relaxed and free during my stay on these bits of heaven on Earth while I sipped my home-made Greek wine looking over the sparkling, unbelievably blue waters of Aegean Sea. 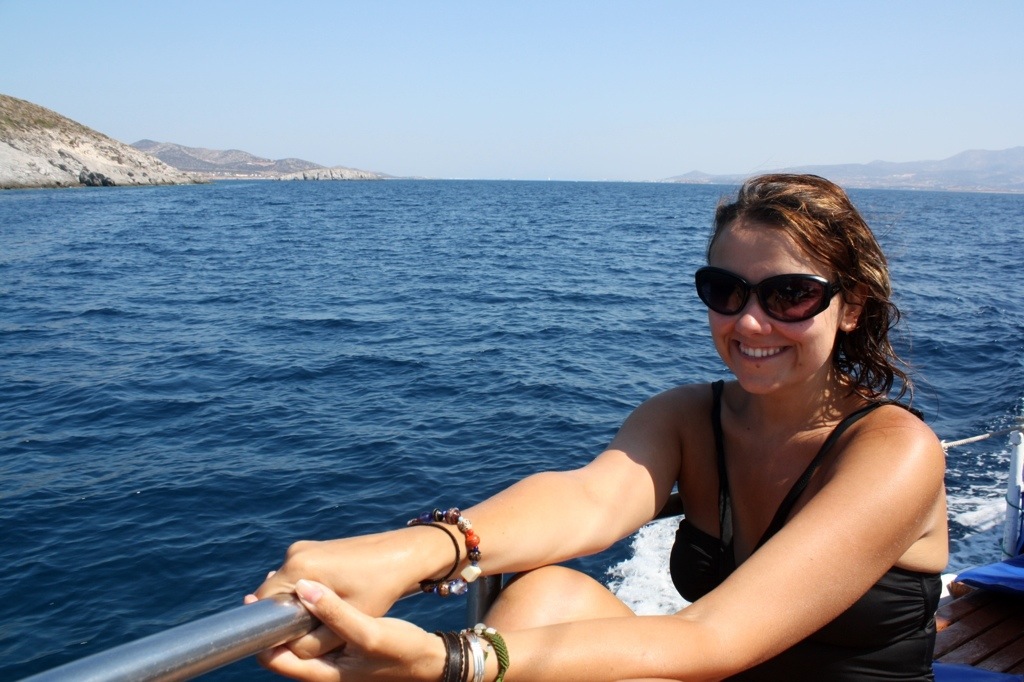 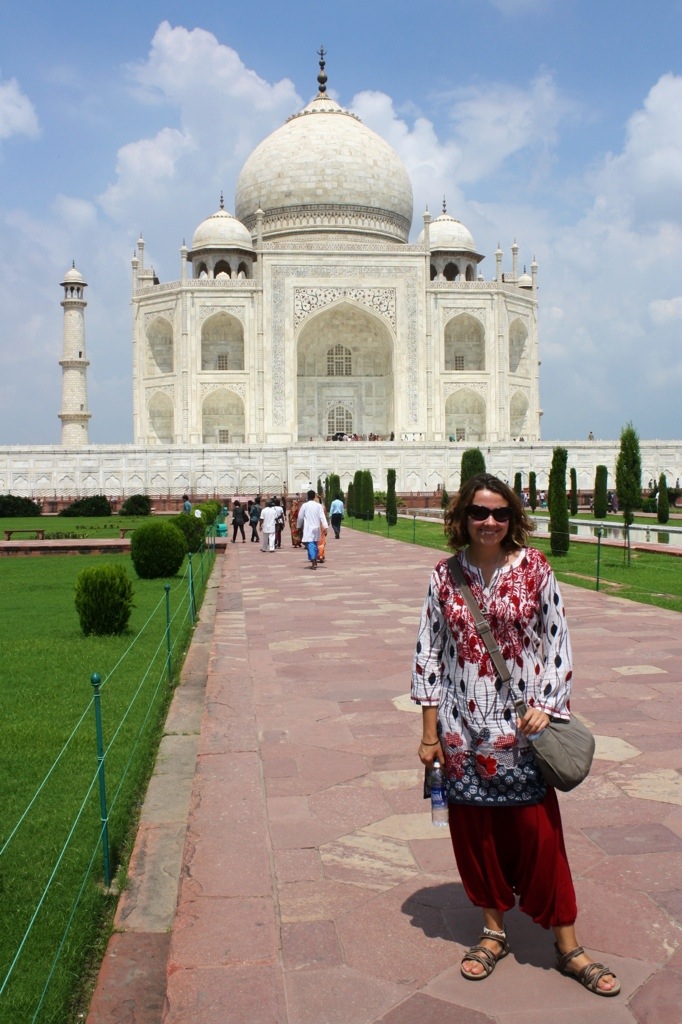 I can’t even begin to grasp the complex female experience of navigating the caste system, religious traditions and cultural norms of India. That is if you get to survive – it is estimated that anywhere from 300,000 to 600,000 female fetuses are aborted every year in India because of the preference for boys. Thomson Reuters Foundation ranked India as the world’s fourth most dangerous country for a woman, behind only Afghanistan, Congo and Pakistan. Nearly half of India’s girls are married off before the age of 18. From there, they are mostly dominated sexually and financially.

Light features are attractive so white women traveling to the country frequently receive suggestive stares, which I experienced firsthand. I blame media for this as white, western women are portrayed in an extremely sexy way. It’s no wonder that Indians might assume that all foreign women are ready to jump into a bed with anyone upon their arrival to India. 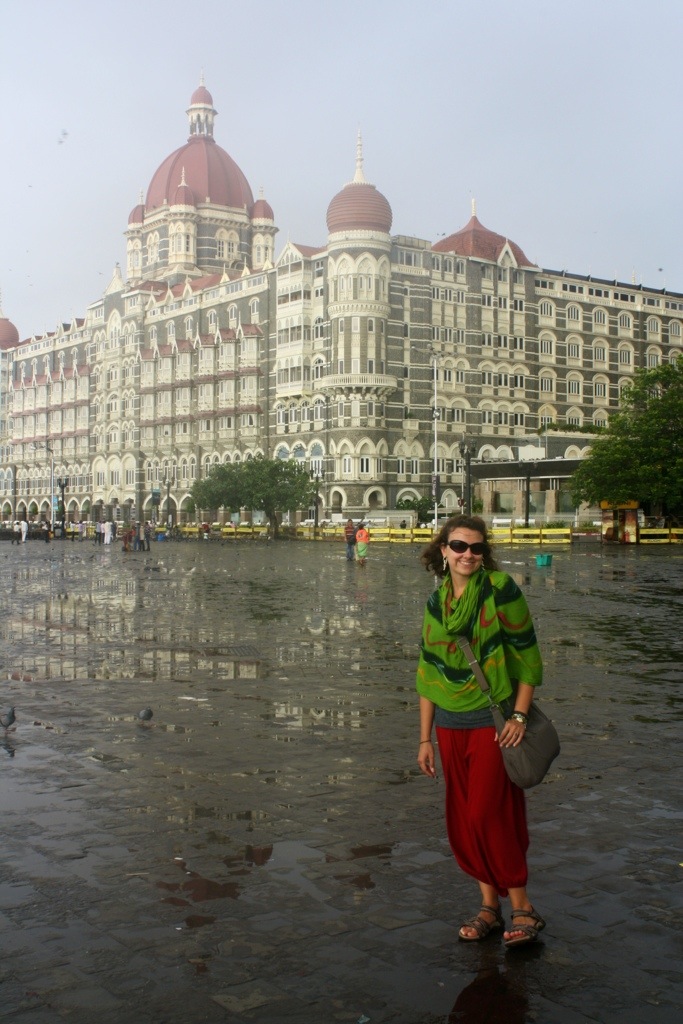 I prepared myself for the visit to this unique country by reading this book, which I recommend to anyone traveling there. I still felt unprepared and culture shocked as I would take constant mental notes such as Aaron being served first in all the restaurants we dined at.

I didn’t mind any of it. I admire Indian women. While I didn’t get much of a chance to openly talk to women in India as most of them seemed to be quite reserved around foreign women, I thoroughly enjoyed their colorful clothing, grace and endless smiles.

Women gracefully and impressively ride on the scooters sideways: 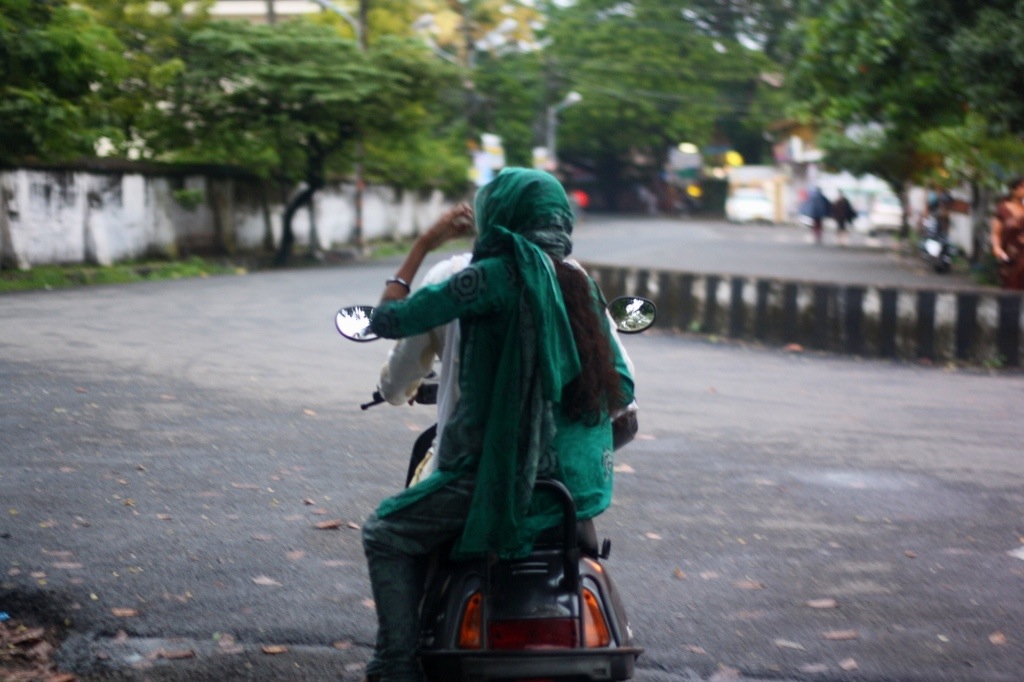 Indian women and girls would consistently throw me warm smiles and I admired them from afar knowing that I can’t even fathom what their female experience must be like. 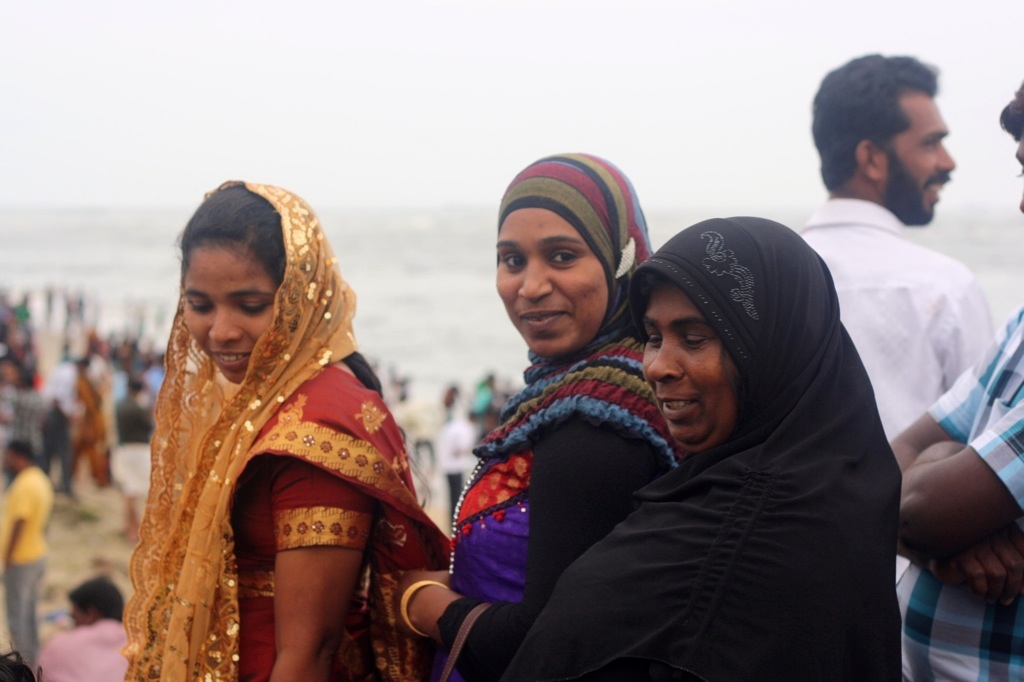 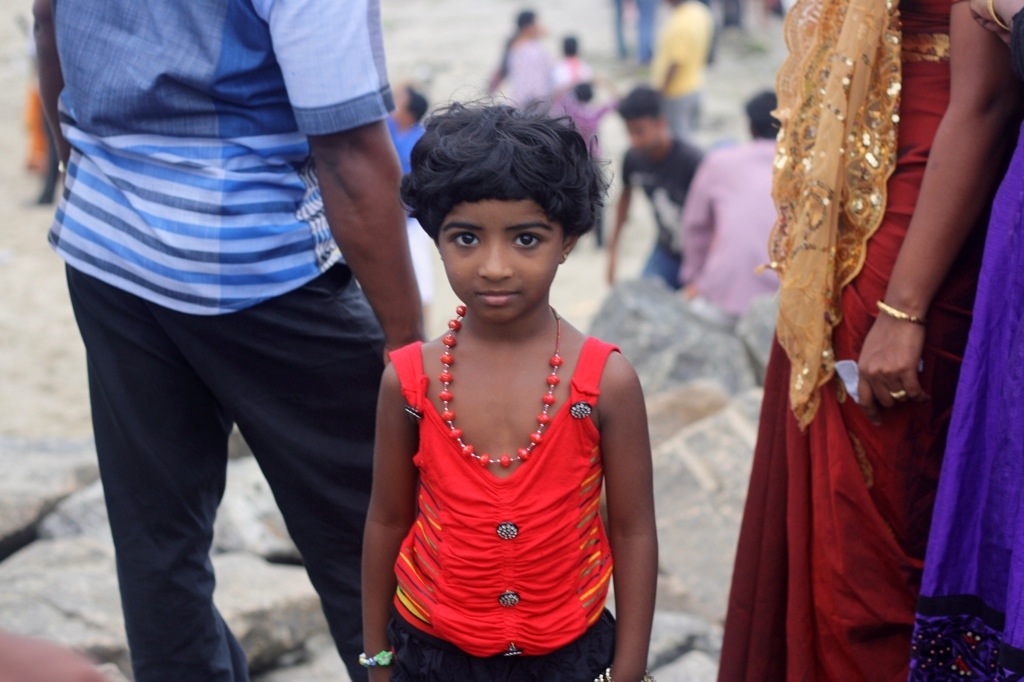 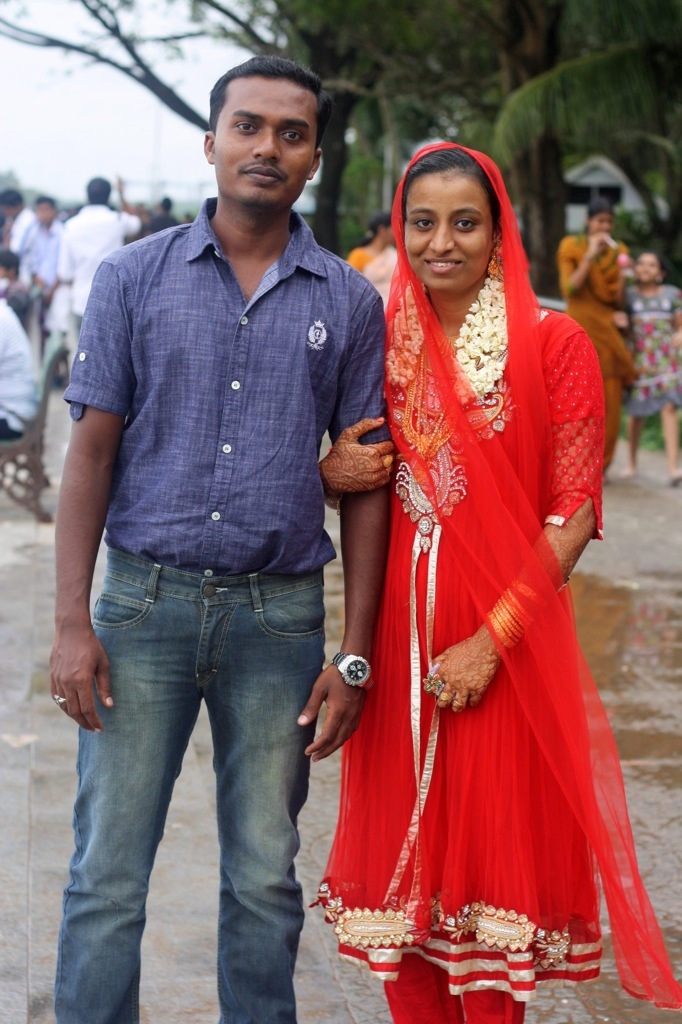 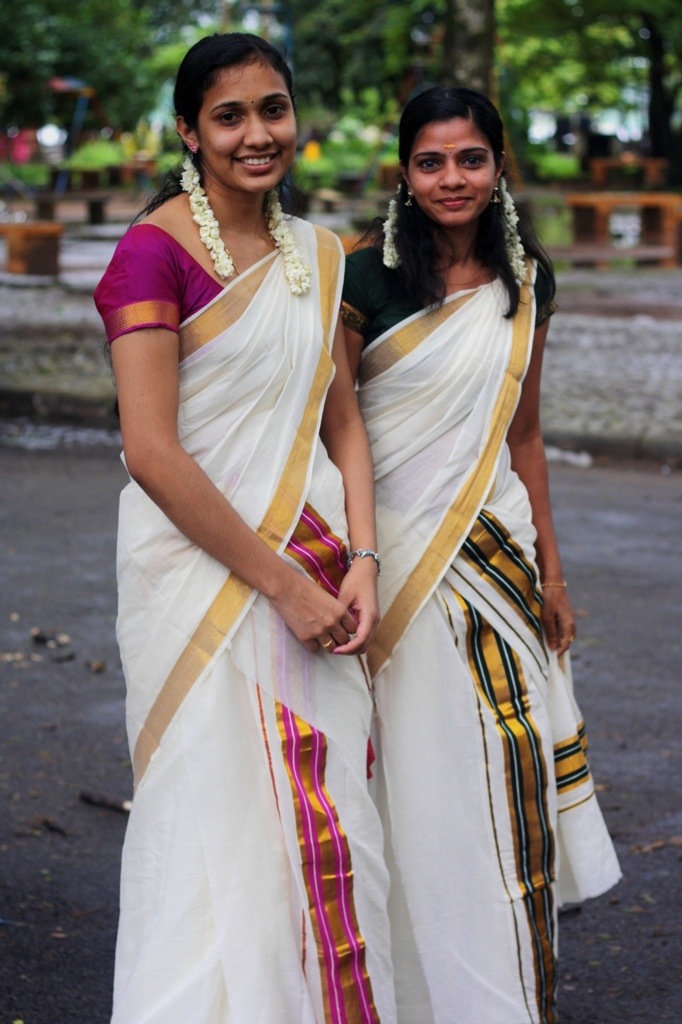 Of course other countries I’ve visited also have their own remarkable female traditions but these are a few that stuck out to me. These are purely my opinions, reactions and observations, which are honest but might be ignorant as I’m only a humble guest, an outside observer.