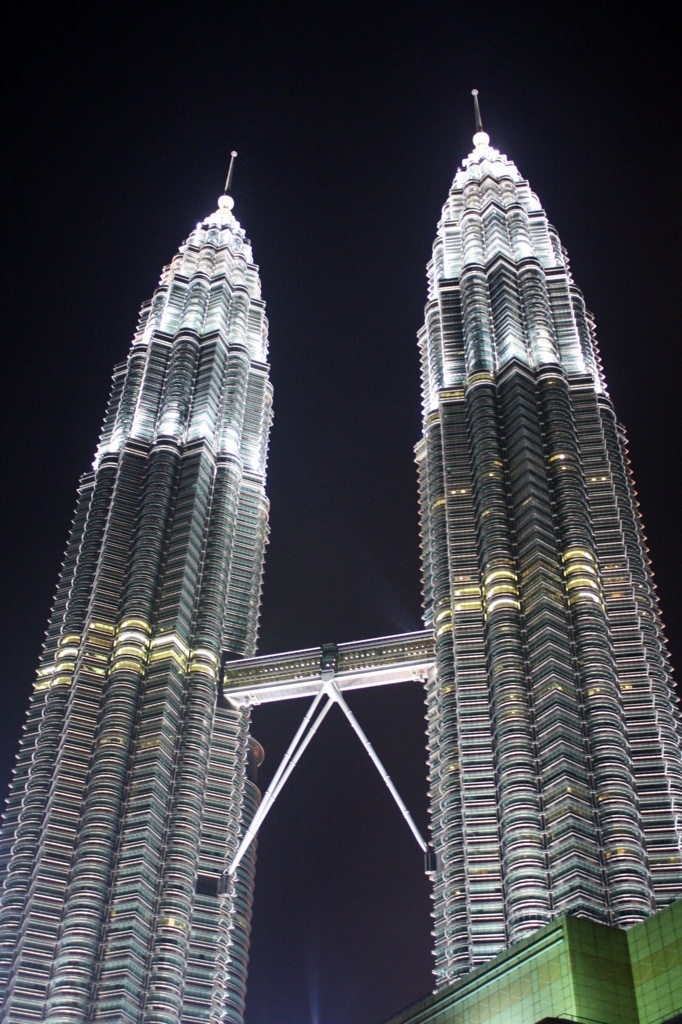 Kuala Lumpur and Singapore have always been rivals. Many have said that Kuala Lumpur is a grittier version of the Sterile City. We did find that the cultural feel of these two cities had a lot in common: the multi-lingual, multi-ethnic, friendly people, beautiful high-rise buildings, vast shopping malls, and some killer Asian food. Much like Singapore, KL has many shopping malls and plenty of air conditioning. However, it’s not quite as easy to get around Kuala Lumpur while staying in air-conditioned malls and food courts.

The Kuala Lumpur City Centre (KLCC) is the heart of the business district. The Petronas Towers, once the tallest buildings in the world, and now the icon of Kuala Lumpur, are an impressive sight at night. It is possible to go up to an observation deck, but it was a bit pricey and tickets are very limited. If you’d still like a nice view, some travel buddies of ours recommended visiting the Sky Bar instead.

Bukit Bintang is the neighborhood that we considered more of the cultural center of the city. It feels much like Singapore with its many shopping malls, advertisements, and food courts.

Tucked in just around the corner from the busiest thoroughfares in Bukit Bintang, you’ll find one of the best food streets in Asia. Jalan Alor is the famous food vendor street that is bustling with people every night of the week. 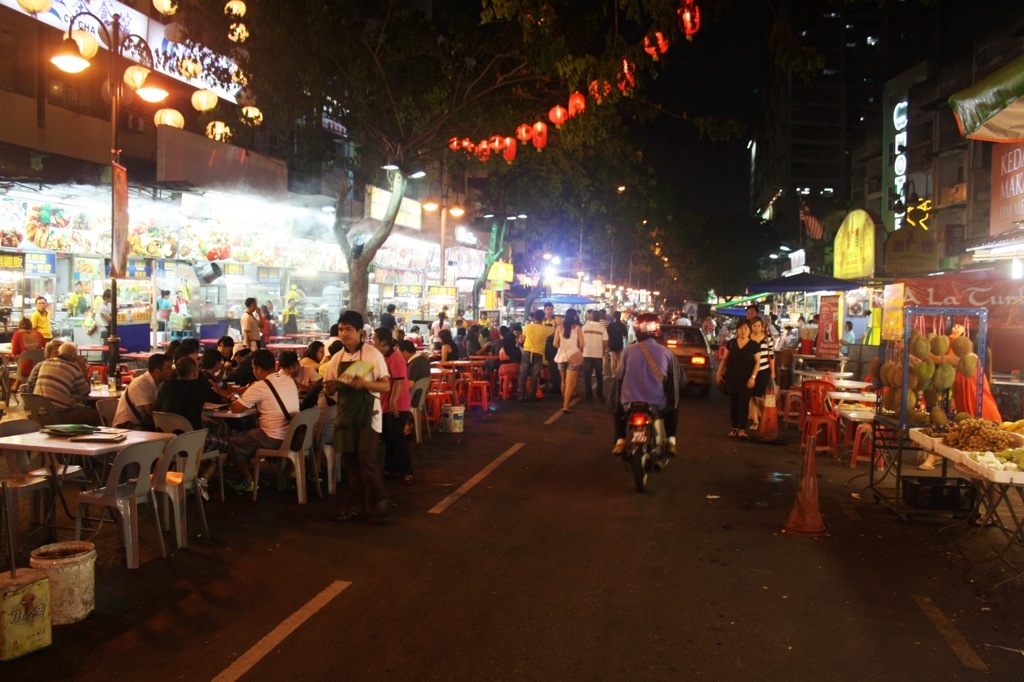 The Brickfields neighborhood, also known as Little India, has some cheap, but tasty restaurants and lots of shops. We spent just a couple of hours of wandering and had a bite to eat. 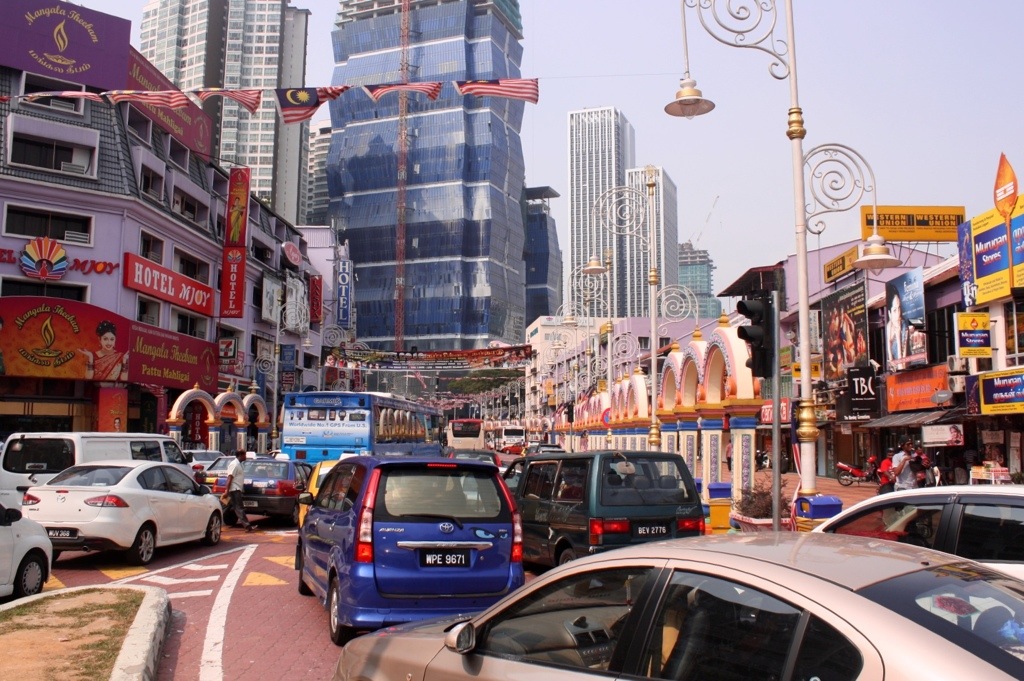 If you make it to the Brickfields, stop in at the Thean Hou Temple. It’s a walkable distance from the main part of the Brickfields if the sun isn’t beating down on you – otherwise, it’s a cheap cab ride. 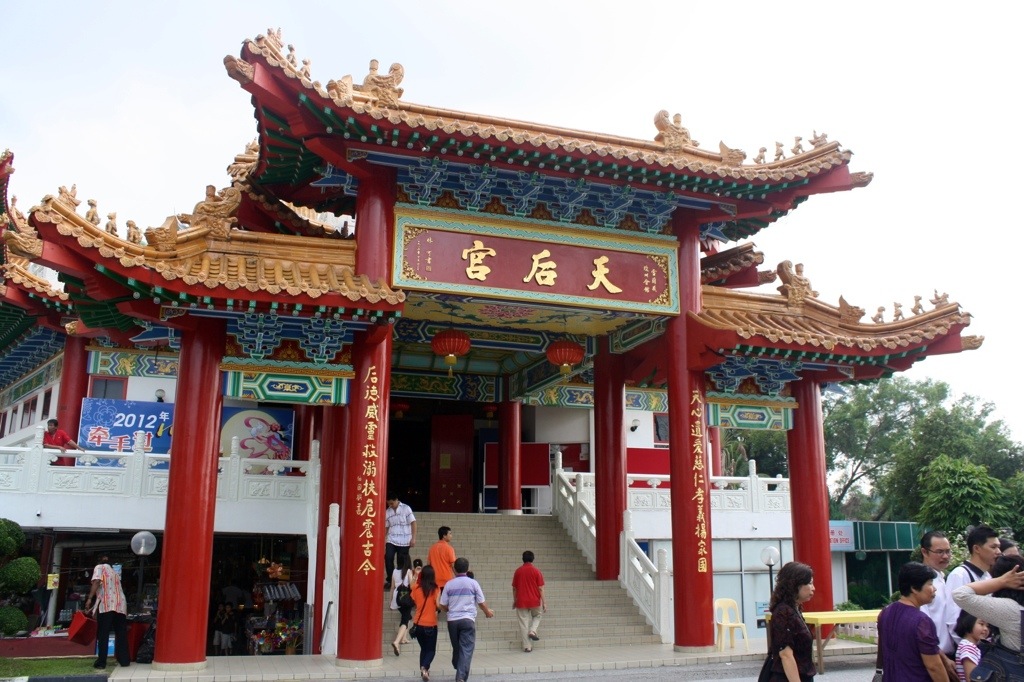 A symbol of Kuala Lumpur, and Malaysia for that matter, the temple has architectural and spiritual features from Buddhism, Taoism, and Confucianism. The temple is three stories tall and offers great views of the city.

Kuala Lumpur’s Chinatown was packed tight with market stalls and the narrow paths were full of people. Just outside the immediate market area, the streets were dark and rugged – a quick walk through the market was enough for us. 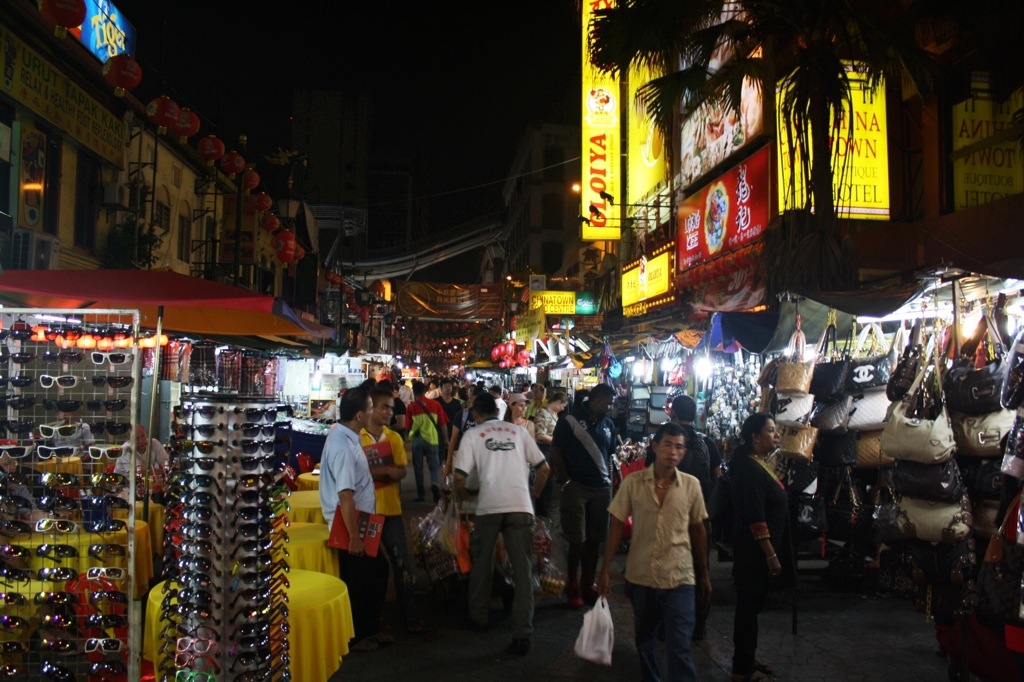 While I personally found them a bit anti-climatic, the Batu Caves are a great afternoon trip from the city. The caves are one of the most popular Hindu shrines outside of India. To reach the caves, you will need to climb 272 steep (and narrow) stairs. 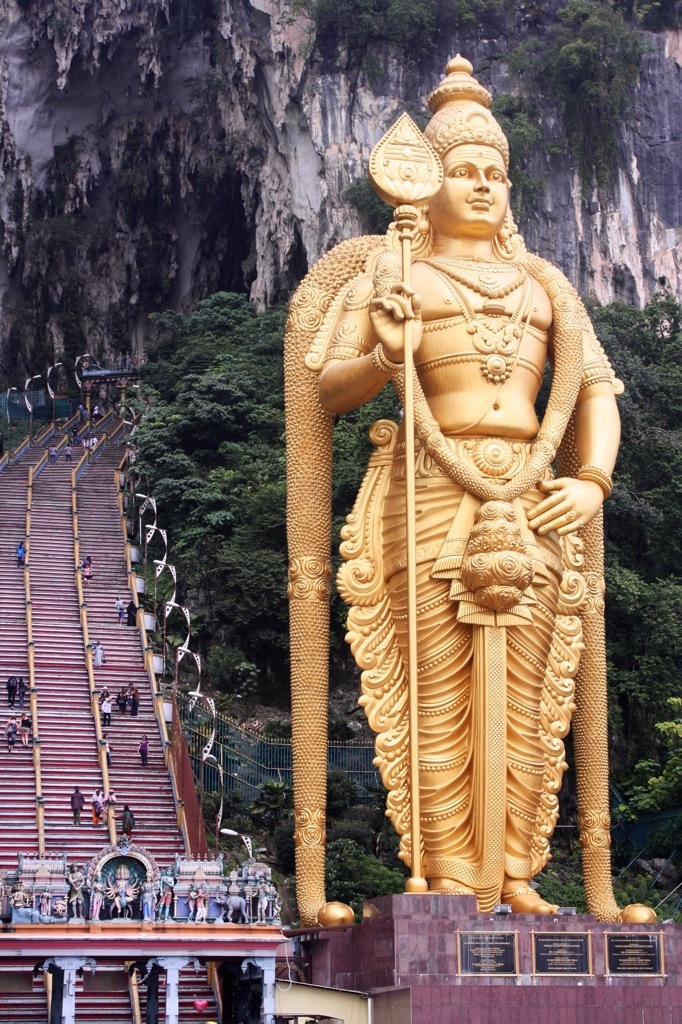 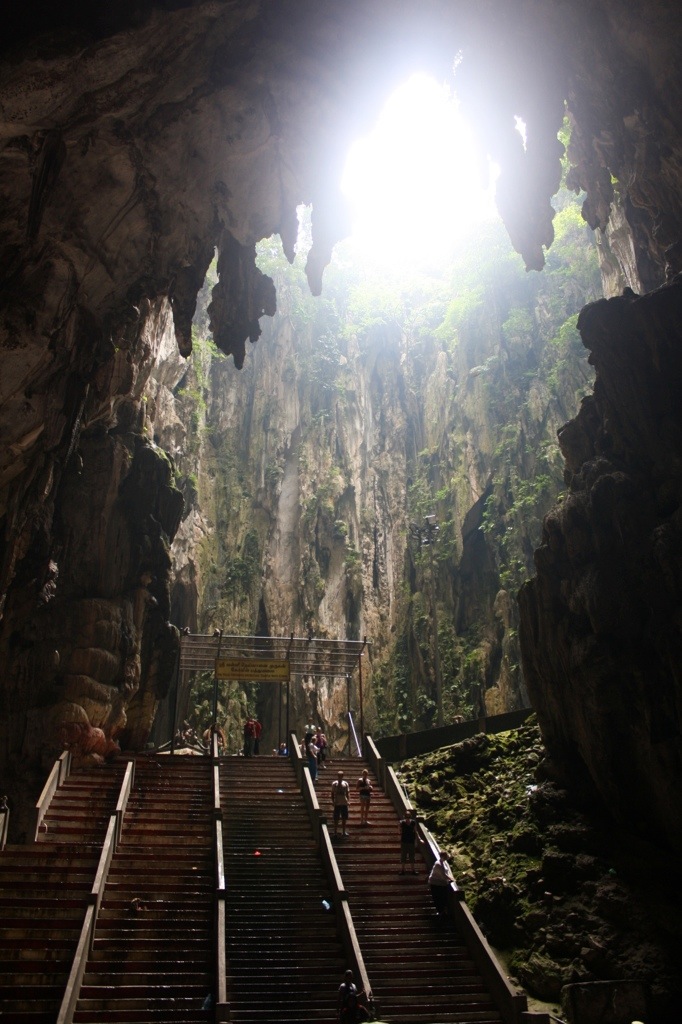 The caves are very easily and cheaply (RM 2) accessible by train. Just take the Batu Caves route from Sentral.

Getting Around Kuala Lumpur

There is an awesome, free tourist bus operated by GOKL. There are two routes, both of which run through Bukit Bintang every 15-20 minutes.

If you need to get a bit further from the city center, the monorail is a great way to get around. It’s cheap, but it can be a bit cramped at times.

We definitely suggest taking the overnight sleeper train to Butterworth to visit Penang. Plan on sticking around for at least 3-4 days.