A Taste of the Batak Culture on Lake Toba 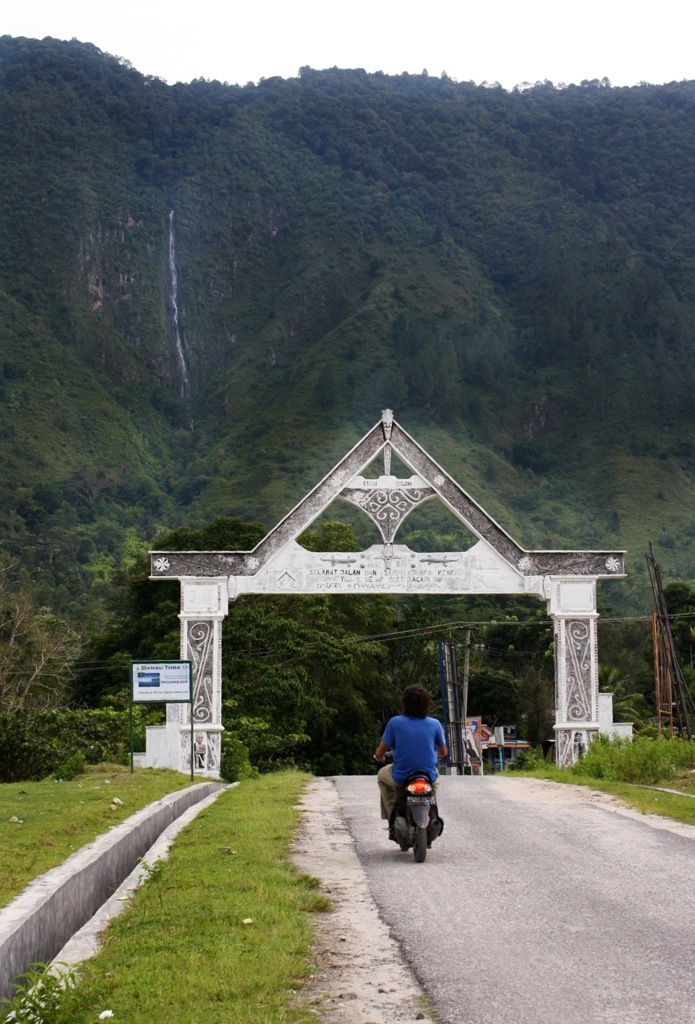 The Samosir island serves as a cultural center of the Batak people carefully preserving the traditions, architecture and arts. It has been wonderful learning about the heritage of Lake Toba at the source.

Though situated smack in the middle of Muslim kingdoms: staunch Acehnese to the north, matrilineal-Muslim society of Minangkabau to the south and Malay kingdoms everywhere else in Sumatra, Bataks (or most of them) have been devout Christians Dutch and German missionaries traveled here during the mid-19th century and influenced the religious views of the community, which is now mostly Christian.

The Batak community consists of four distinct sub-groups: Batak Karo, Batak Toba, Batak Mandailing, and Batak Simalungun. Apparently no physical and social differences exist between these tribes, just a slight difference in visible behavior and dialect, which of course we didn’t notice as visitors.

Once on the island, you’ll quickly notice the Batak houses called “Jabu”. Their signature is the roof – oversized with steep, sharp angles. 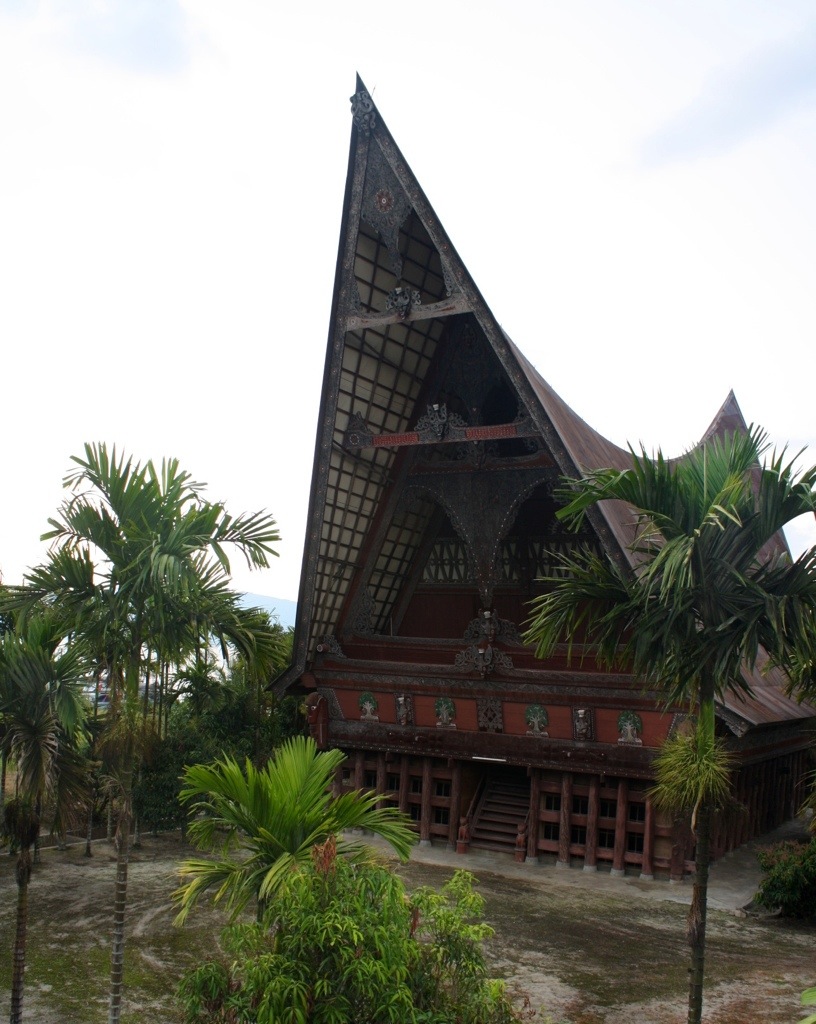 The Jabu houses are built off the ground and supported by wooden poles. You have to climb a steep ladder to get into one of them. 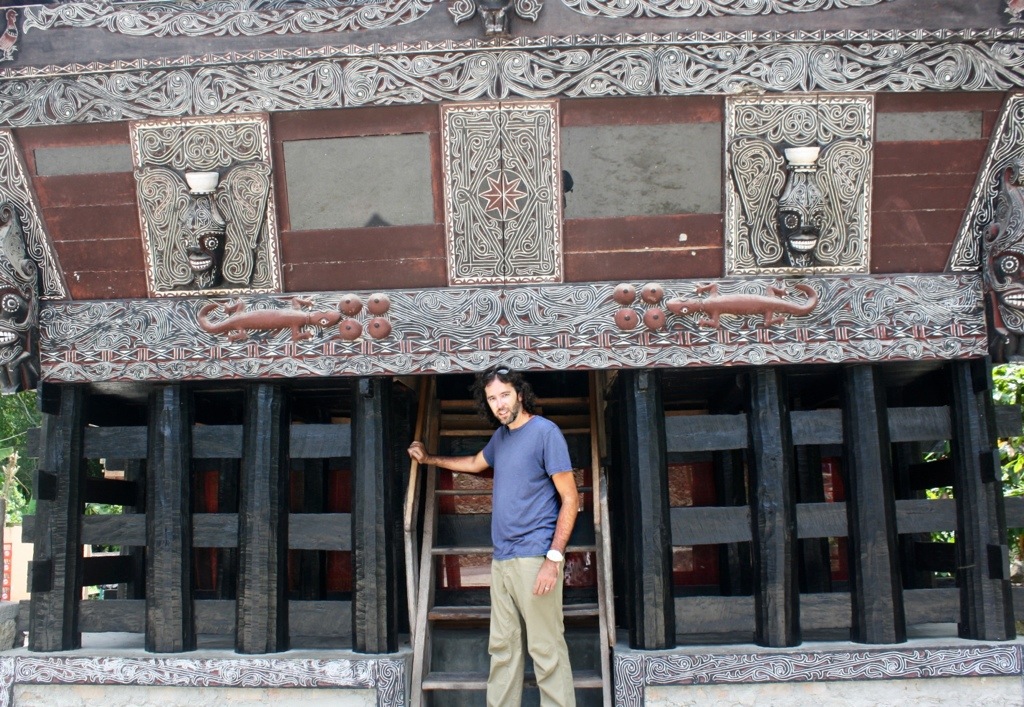 I especially like the carvings and traditional masks that typically crown the door of the house. 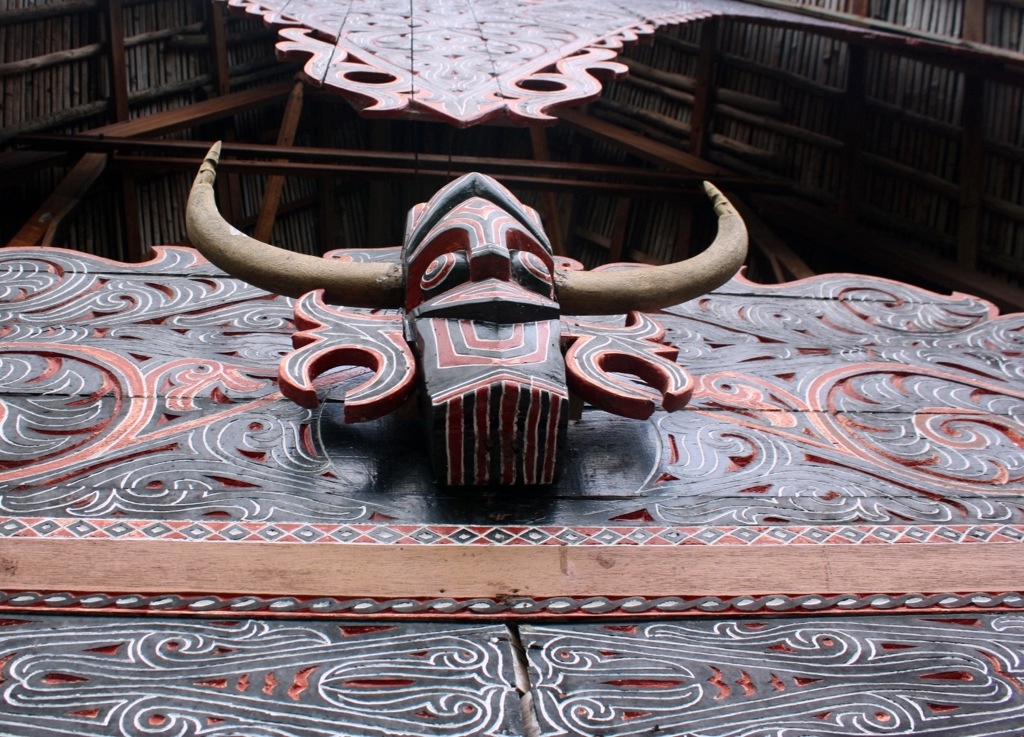 As you travel the island, you will also notice tiny-looking structures that resemble the Batak houses. These are the tombs that are sprinkled all over the island and typically look like this: 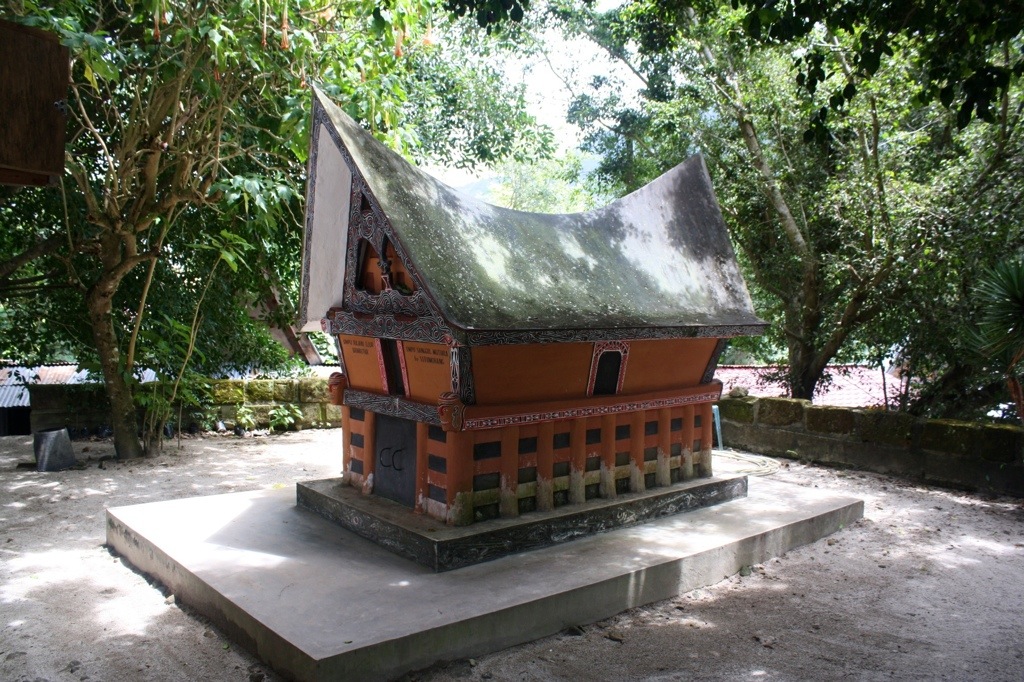 However, a former king Sidabutar’s tomb is completely different and is a must-see on the island. You just need to travel to a small village of Tomok to check out this important heritage site. 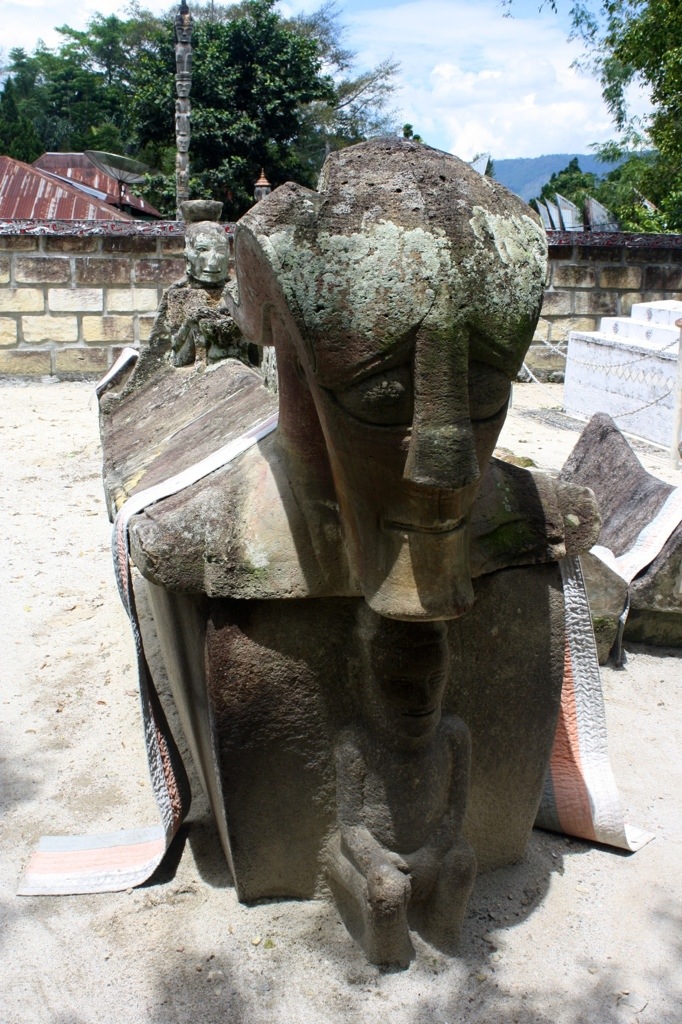 You will also see Sidabutar’s wife tomb and several other stone tombs – all belonging to the royal family. There are also few, small statues positioned in the garden: 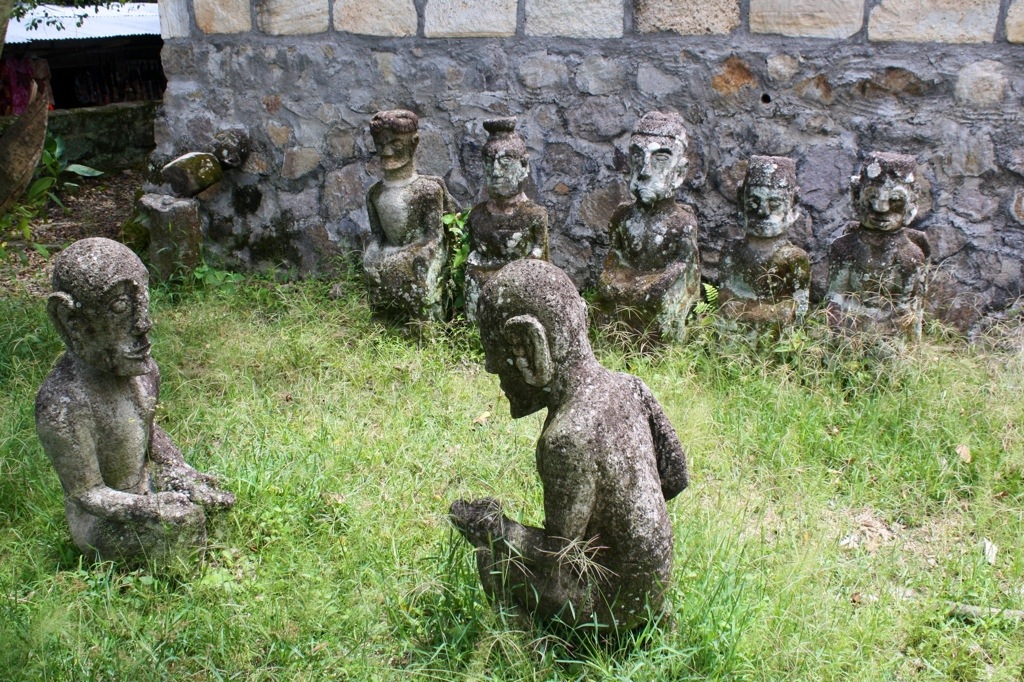 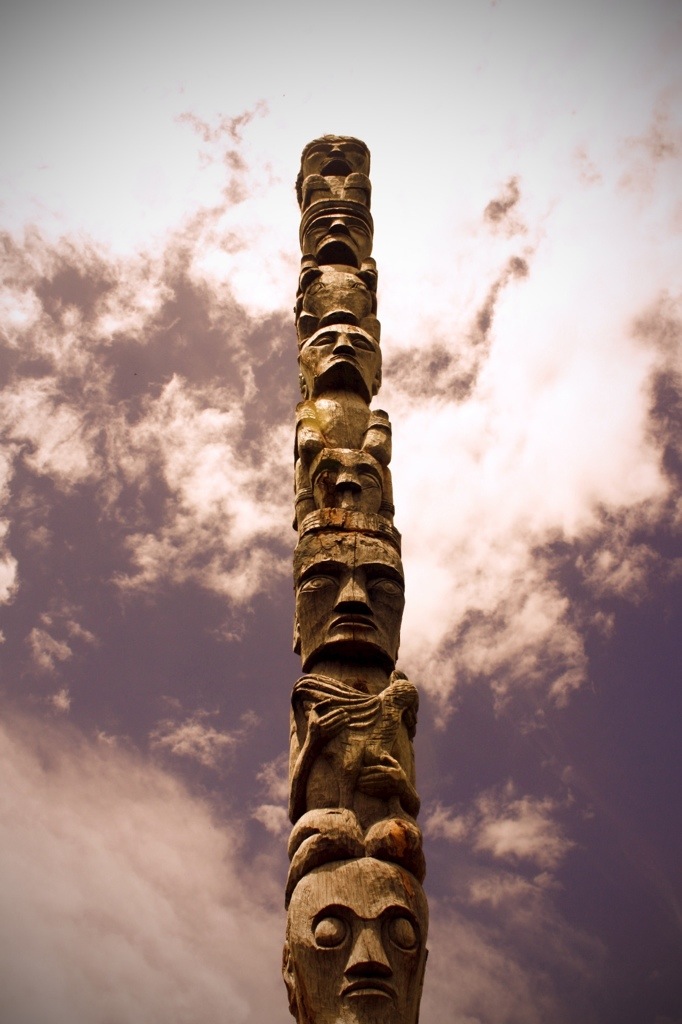 You will see traditional Batak design all over the place carved out of wood: 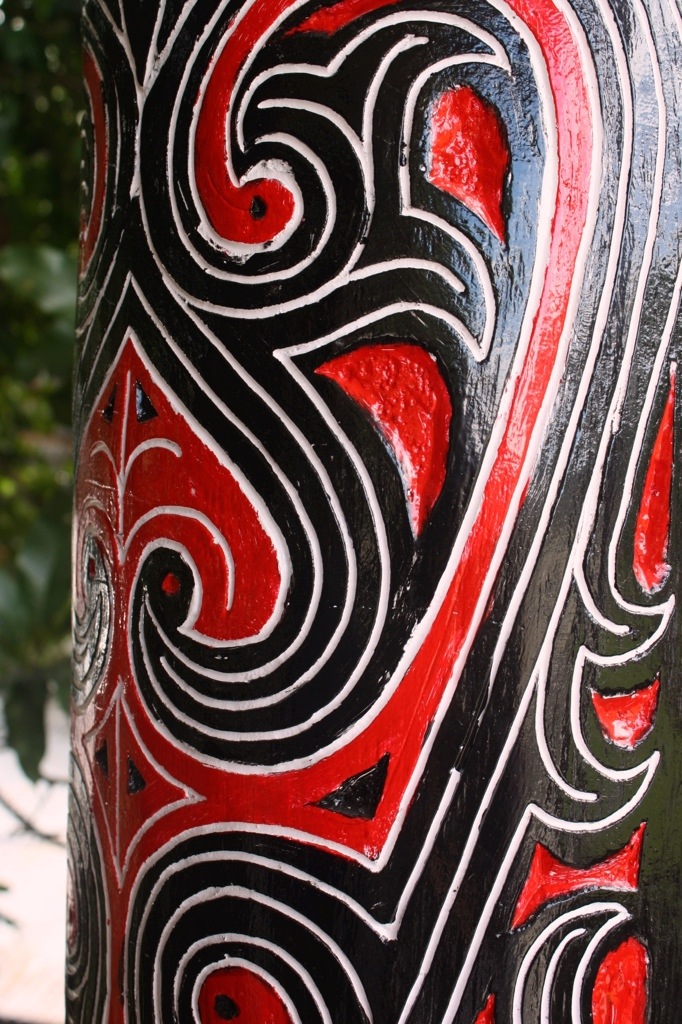 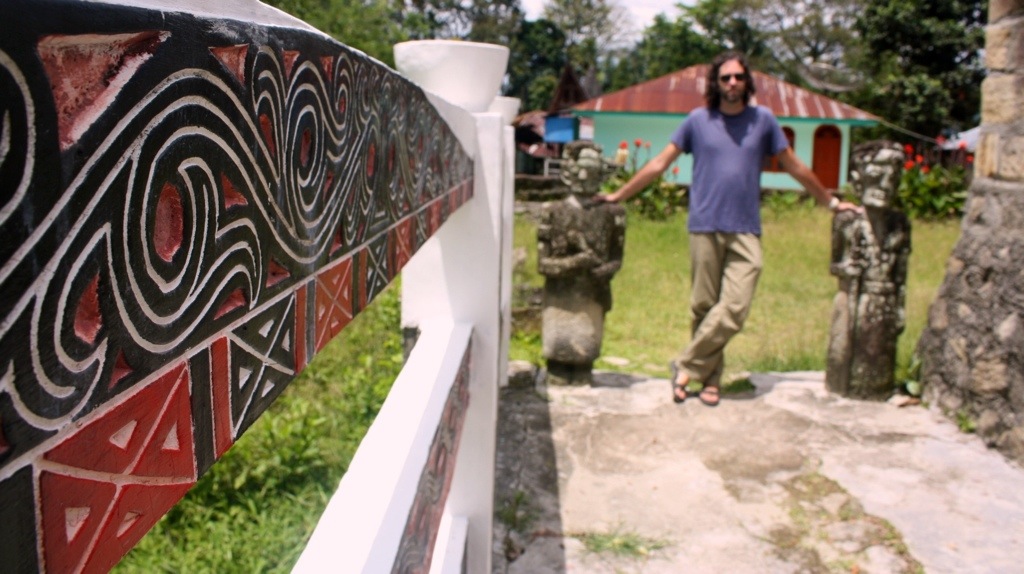 as well as carvings of lizards, which is believed to represent the high adaptability in life, which the Batak people value highly given their survival abilities and adaptability to any condition. We walked around taking it in and made sure to drop some rupiahs in the tip box thanking the people of this island for letting us learn a bit more about their culture. 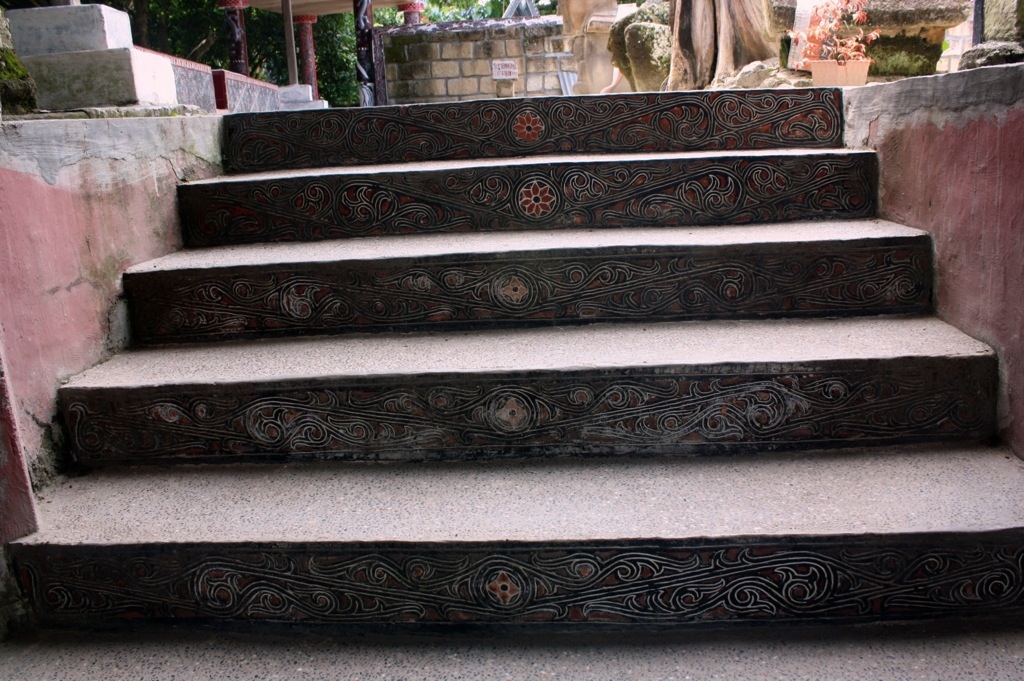 Around the same area, you can purchase traditional Batak arts and crafts: 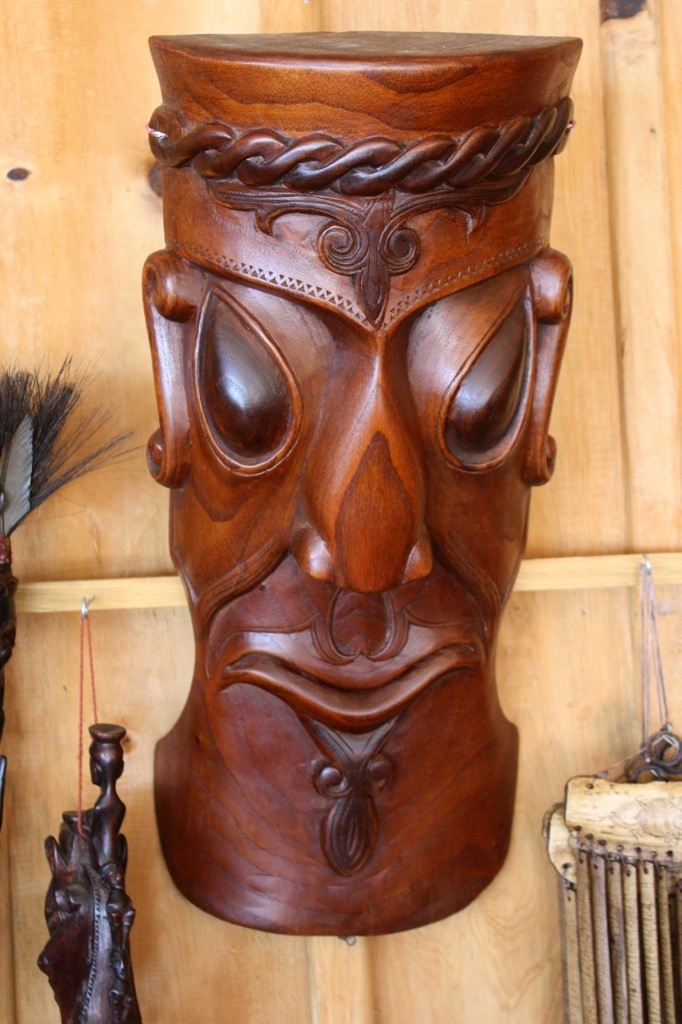 We also fell in love with the Batak people. Most of them are farmers who work and live off of their land. It is uncommon for large families to live in a small Batak house or even for a few families to live on the same land while sharing responsibilities. Given that they are surrounded by a deep, clear lake, it isn’t surprising that you see many fishermen on the water. Their technique is fascinating though. They use a plunger hitting the water in circles to scare and direct the fish toward their nets. 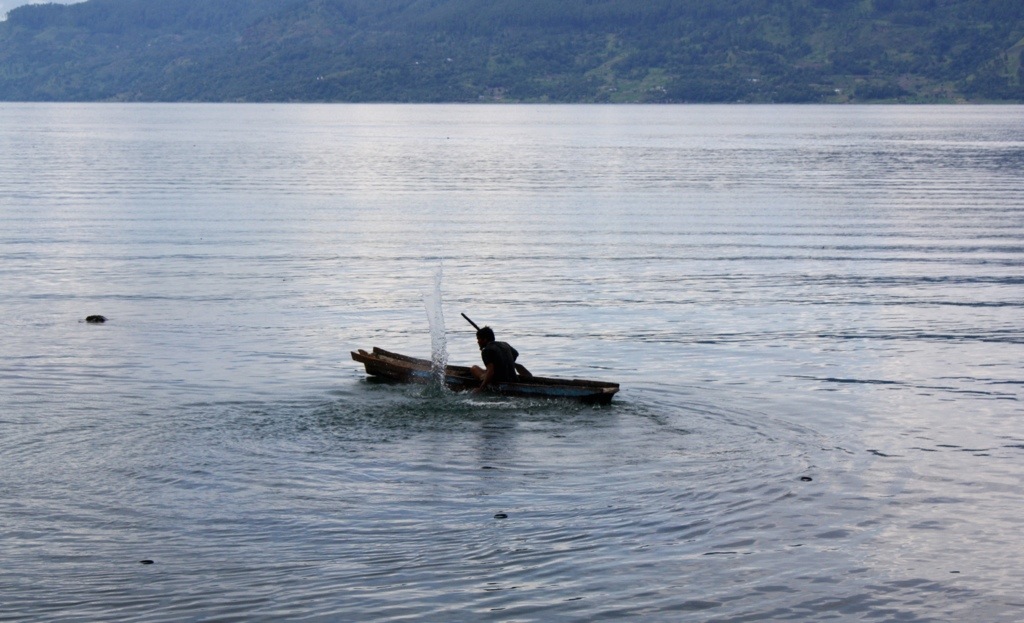 The people of Samosir island not only love the arts and crafts, but they really enjoy music and singing. It seems like everyone has a guitar and definitely knows how to use it. Most nights, when we were not simply starring out on to the lake, we were hanging out with the owner of our hotel and his friends. They played the guitar, sang and we sang along and cheered them after each song. 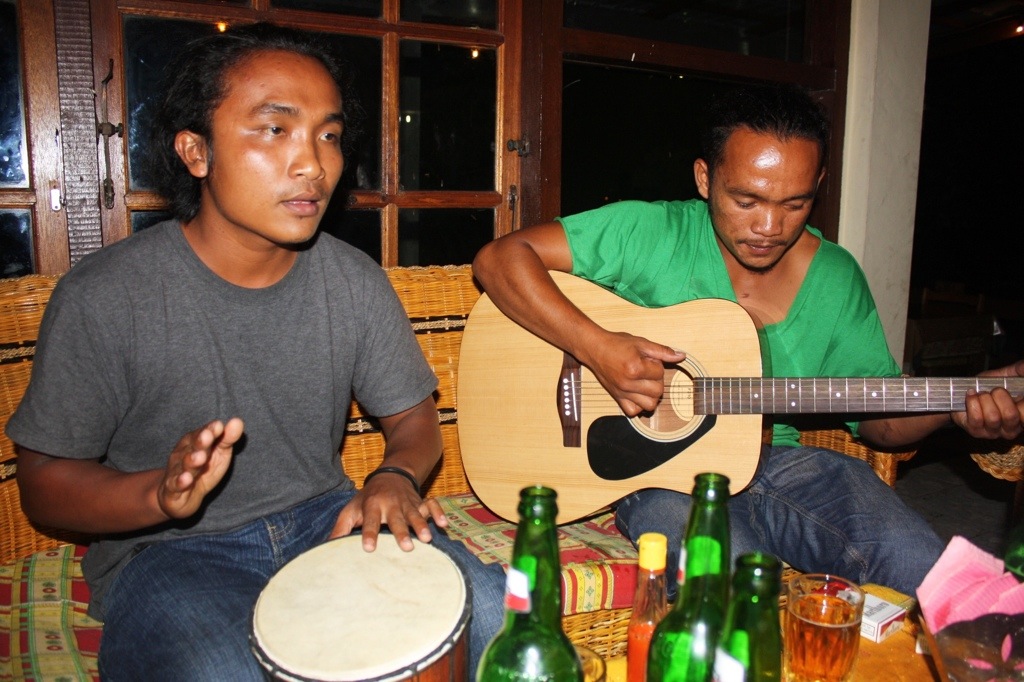 Perfect place, perfect views, perfect people and perfect atmosphere. We’ve already vowed to ourselves to come back to Lake Toba. For more information on Samosir and Lake Toba, please check out my previous posts: Getting to Heaven on Earth and The Most Beautiful Sunset I’ve Ever Seen.